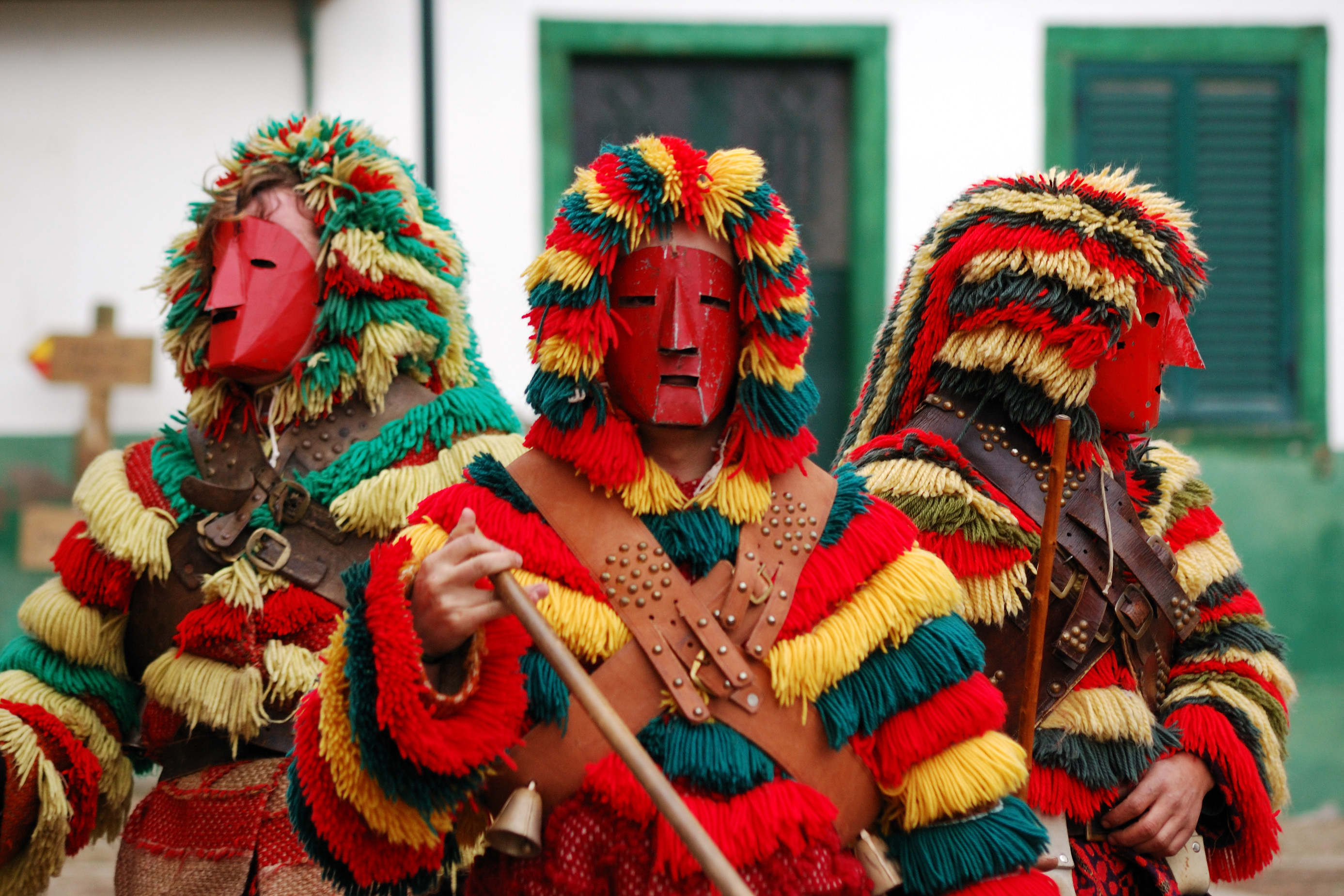 In the north-western part of the country lies this land of dense vegetation and profound historic wealth. It was here that Portugal’s first king, Dom Afonso Henriques, was born in the beginning of the 12th century, having then extended the kingdom to the south, in what was considered as one of the most heroic feats of the Christian Reconquest.
The inheritance of a distant past is seen everywhere.

Stay at one of the excellent manor-houses and mansions with coats of arms, and enjoy the aristocratic tradition of hospitality. Along with this unreproachable art one may en joy an abundant gastronomy, light, acidulous wines (vinhos verdes) and rich wines, and a variety of handicrafts that mingles the shine of` the filigree with the colour of the local embroideries.
(Picture of Bom Jesus Sanctuary, Braga )

The country’s longest motorway (A1, from Lisbon to Oporto) goes up to Braga (A3), in the heart of Costa Verde. If you follow the coastline on the road from Vila do Conde to Valença, you will not miss the beautiful beaches, seaside resorts and enchanting villages such as Caminha and Vila Nova de Cerveira. Inland and worthwhile visiting is the Peneda-Gerês National Park. Throughout the region the rivers, waterfalls, vineyards and fertile plots combine with the ancestral monuments in urban centres.

Oporto, the capital of the country’s northern regions, with its international t airport, offers the delights of a riverside city as it is magnificently situated on the mouth of the Douro river, from where boats leave to sail up the beautiful river.
Seaside Viana do Castelo, ecclesiastic Braga, and medieval Guimarães are but a few other examples of a happy alliance between popular heritage and cosmopolitan elegance.

Amarante – crossed by the river Tâmega and surrounded by mountains, this pretty town proudly displays its 17th century mansions, with colourful balconies of painted wood brightly decorating the narrow streets, its restaurants with terraces overlooking the river or the beautiful bridge of São Gonçalo which leads to the great monastery of the 16th century that bears the name of the same saint.

Barcelos – medieval walled town with a dungeon. Worthy of a visit are the Ceramics Museum, the Archaeologic Museum of the Dukes’ Palace, the mother-church (Roman-Gothic), and the churches of Terço, Cruzes and Benedictine Convent. Walking tours: around the ancient Jewish quarter or in the streets with medieval houses and Baroque manors; boat tours: on the Cávado river.

Braga – Founded by the Celts in 300 B.C. and a Roman administrative centre in 27 B.C., Bracara Augusta, as the Romans named it, combines the religious importance with today’s commercial and industrial prosperity.
To visit: the Cathedral (12th-18th centuries), the Treasury and Sacred Art Museum; the Museum at the Biscainhos Palace; and the Dom Diogo de Sousa Museum.
Also deserving to be visited are the churches of Misericórdia (Renaissance), Pópulo (17th-18th centuries) and of Nossa Senhora Branca (18th century). On the outskirts, 5 km away from the centre, stands the Sanctuary of Bom Jesus do Monte, with its monumental Baroque staircase; the Sanctuary of Nossa Senhora do Sameiro; the ancient Monastery of Tibães, dating back to the Suevian period and rebuilt in the 11th century, and the Church of São Frutuoso de Montélios (7th century Visigothic temple).

Cabeceiras de Basto – contains various splendid manor houses, dating from the 17th, 18th and 19th centuries, and what is considered the best of the statues of the region, O Basto. Made of granite and representing the body of a warrior, it is assumed that it was built before the coming of the Romans; after the Napoleonic wars it gained, as a joke, the head of a French soldier. However, the main attraction of Cabeceiras de Basto is the ancient and splendid monastery of Refojos, with a dome that stands 33 metres (110 feet) high and statues of the Apostles and the archangel Michael.

Caminha – the ancient fortress town of Caminha overlooks the river Minho and is rich in historical and architectural patrimony. The whole town is appealing, with its manorial houses and Medieval defensive walls that seem to whisper old tales and legends, the Gothic mother church, the attractive main square with popular cafés and exhibiting the 15th century Clock Tower, a Renaissance fountain and the 15th century mansion of Solar dos Pitas, with seven fine Manueline windows on the upper storey.

Chaves – The 14th-century keep of Chaves castle overlooks the town’s medieval square – Praça de Camões. Within the castle keep is a small military museum where suits of armour, uniforms and other regalia are on display. On the south side stands the parish church with its fine Romanesque portal. The Baroque Misericordia church opposite has an exquisite interior lined with 18th-century azulejo glazed tiles. A few minutes on foot from the city centre is one of the hottest springs in Europe. Water here bubbles up at a temperature of 73ºC (163º F). The spa’s facilities attract both tourists and people seeking the treatment of rheumatism, kidney disfuntion and hypertension.

Freixo de Espada a Cinta – it is imperative to visit the Manueline Mother Church with its exquisite 16th-century portal which leads the visitor into a rich interior, ressembling a small version of the Jerónimos Monastery, at Lisbon. The panels of the altarpiece are attributed to the brilliant Grão Vasco (1475-1540) and include a beautiful “Annunciation”. The pillory, also Manueline, is one of the best preserved and most interesting of the country, and the Miserichord Church is also worth admiring, with its Gothic niche over the main doorway.

Guimarães – Portugal’s birthplace, with medieval castle and walls, houses a magnificently well preserved historic centre. In the cloisters of the Church of Nossa Senhora da Oliveira is the Alberto Sampaio Museum; in the cloister of São Domingos Convent is the Martins Sarmento Museum; and in the ancient Dominican Convent is the Sacred Art Museum. Also deserving special mention are the medieval palace of the Dukes of Bragança (15th century), the Church of São Miguel (Romanesque), the Church of Santos Passos (Baroque), and the Monastery of Santa Marinha da Costa (a pousada). Nearby lies the early settlement of Briteiros.
Accommodation: Pousada Nossa Senhora da Oliveira
Pousada Santa Marinha

Melgaço – the small and tranquil town of Melgaço grew around a fortress built by order of Afonso Henriques, the first king of Portugal (1139-85).
The castle, now a national monument, has an impressive keep and dominates the labyrinth of ancient streets and alleys that cross each other within the walls.

Mesão Frio – although small, the town of Mesão Frio is worth visiting to admire the ancient pillory, the fine mother church of São Nicolau (rebuilt in 1877, it kept the magnificent 16th-century ceiling panels, each one featuring the portrait of a saint) or the cloisters of the former 18th-century Franciscan monastery (Convento de São Francisco) which now shelters the tourist office and the Town Hall.
Accommodation: Pousada Solar de Rede